Perth Freedom of City...8.5.04.
History was made on Saturday when Perth became the first City in the UK to honour the D-Day troops 60 years ago by honouring the Royal British Legion Scotland with The Freedom of the City. Over 2000 Veterans and present day soldiers attended the events over the weekend. The official ceremony, held on the North Inch Park on Saturday, was followed by other events including a flypast by Tornado jets from Leuchars, a parachute drop from the Army's Golden Lions team with the main event being the Parade of Veterans and Legion members through the city.
In the evening there is also a mini tatoo at McDiarmid park with a service of Rememberance on Sunday at the 51st Highland Division memorial also in the North Inch Park.
Pictured... Royal British Legion standard bearers watch the flypast. 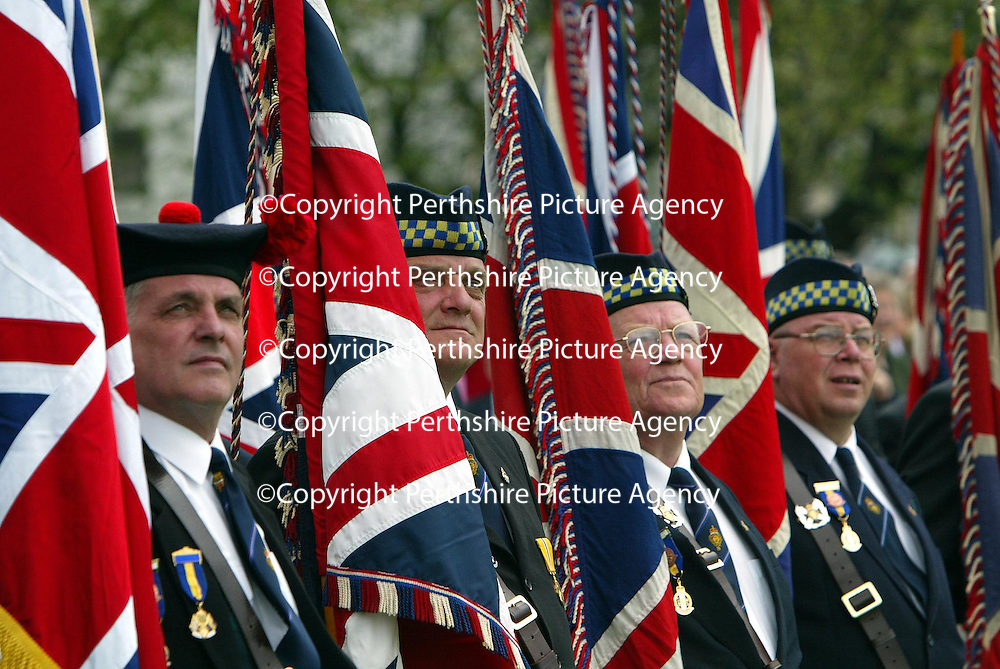