Perth Snow...23.11.2008.
Proving nothing is safe meet the "Grit bin bandits"... A Police officer talks to a young man who was caught removing council grit bins, full of grit, from Cornhill Road, Perth using his landrover on Sunday morning. He was seen removing the full bin helped by two accomplices by residents, only to be seen by Police as he returned the empty bin half an hour later. He claimed he needed the grit to clear the paths for a Church meeting in Perth. He was told by the officer to refill the bin by lunchtime or he would be reported for the theft. Later in the day there was grit back in the bin. 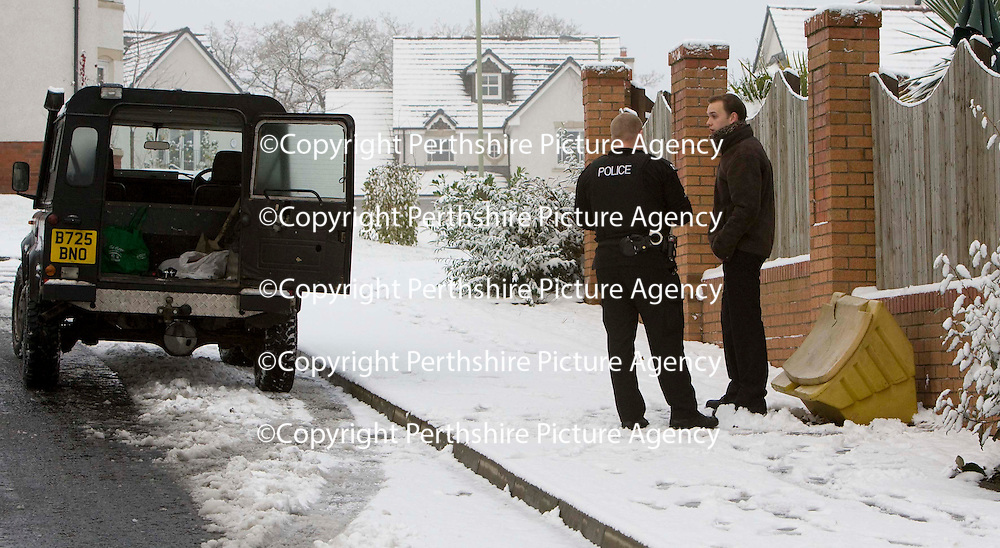