Meikleour beech hedge, near Blairgowrie, Perthshire
The trees were planted in 1745 and are now officially recognised in the Guinness Book of Records as the highest hedge in the world. Legend has it that following the death of her husband Robert Murray Nairne at the battle of Culloden, Jean Mercer of Meikleour allowed the hedge to grow towards the heavens in a tribute to his memory
Picture by Graeme Hart.
Copyright Perthshire Picture Agency
Tel: 01738 623350 Mobile: 07990 594431 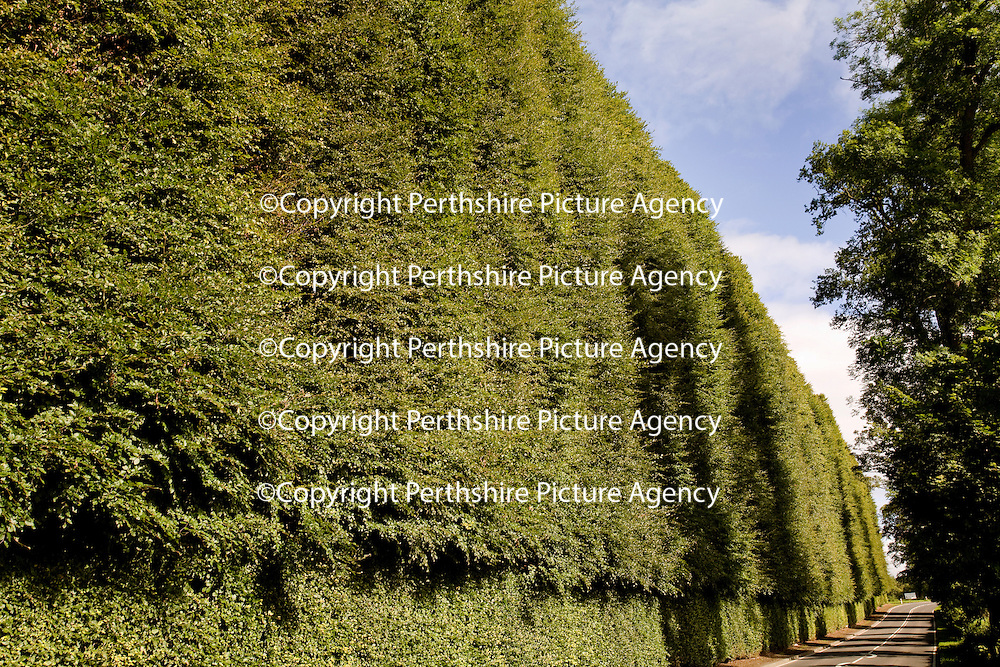